Who Needs Them Golden Geese Anyway? 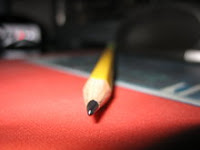 The Chicago Tribune’s Maureen Ryan has written this astute analysis of the changing face of entertainment distribution, and the failure of the networks’ negotiators to grasp where their industry’s going.

She writes, To put it bluntly, the corporations that control the entertainment industry need to wake up. In the digital age, content creators matter more than distributors.

Unless studio executives begin to view the people who create films and TV shows as their partners, not pesky contractors, it’s the executives who’ll be writing the “death warrant” for the industry, contrary to a blustery statement one anonymous executive made to the New York Times Dec. 1…

As Scott Collins of the LA Times wrote in a recent piece on the growing power of showrunners, “viewers don’t watch networks. They don’t even care about networks. They watch shows. And they don’t care how they get them. That takes a lot of power from the networks. And it hands it to showrunners.”

Ryan points out that the AMPTP is repeating the mistakes of the record industry, which would seem to echo something that yerblogger wrote in this post:

Downloading is going to be the dominant delivery system of the future, no question about it. But the AMPTP’s entrepreneurial hardwiring is preventing it from coping with the change… when you let that happen in any field, something different arises and leaves you behind.